Joined Nov 26, 2019
·
24 Posts
I have less than an acre of property- having moved recently- and 2 big dogs.
Neither my back nor my nose would tolerate bending over to bag and disposal of their leavings. I also don't care for the idea of treating my yard like a mine field.
I have some metal trash cans. I was wondering if I could [have my adult kids] dig a shallow hole in the yard, drill some holes into the bottom of a can, occasionally add some water and powder (to accelerate the break down of waste), and be good to go?
Could that work?

Put a thick layer of gravel on the bottom.

Use a plastic trash can or a barrel with a removable lid and cut out the entire bottom.

Think of it as an outhouse with a lid instead of a seat.
You wont need to add anything other than the organic waste.

Feeding a good quality dog food without a lot of fillers can also help with the amount of waste generated.

Joined Feb 15, 2018
·
1,793 Posts
Yes it would work fine. They even sell ones with a foot operated lid to pop up. The trick is to dig deeper than your frost line so the enzymes live. Second have it within hose reach so you can add water each week. Third, buy some Ridex to add. It's really a septic tank for dog poop.

Joined Jun 2, 2012
·
130 Posts
If you have garbage service, a give gallon bucket and lid lined with a kitchen trash bag will do.

Works for me.
Z

Joined Nov 26, 2019
·
24 Posts
Thanks, everyone, for the excellent suggestions.
I did worry about the trash can being metal... yet plastic isn't much better in the long run.

Sorry for the extremely stupid question, but how do I determine the frost line? I live on a hill top if that makes a difference.

We do have a septic tank and I have used the toilet for inside accidents without much trouble.
When we moved here, I bought a long reaching poop scooper. I figured, I'd just scoop it up and release it into whatever system I came up with. Now that it's getting warmer, we can dig that hole.

I think I'll try the metal trash can first. I'll remove the entire bottom and place it in a very deep hole. Great suggestion to keep it close to the hose!!!! The area I was envisioning placing it couldn't be further from it lol.

Hehhee, poor trash collectors. Do you set the container separate from your trash, or stick it in the can with the household trash?

Zhaylin said:
Neither my back nor my nose would tolerate bending over to bag and disposal of their leavings.
Click to expand...

We have 3 dogs. They go into a run to do their business, less area to clean and when I do pick up, I use this to deposit the poop in a 5 gal plastic bucket (labeled for the purpose) and lined with a garbage bag. When I am done I wash the scooper and bucket, spray it with a disinfectant and store it in the garage. Then I hose down the dog run.
https://www.chewy.com/dogit-jaws-grass-dog-waste-scooper/dp/149885


Zhaylin said:
Hehhee, poor trash collectors. Do you set the container separate from your trash, or stick it in the can with the household trash?
Click to expand...

No worse than dirty diapers and a whole lot less volume. Yes, we tie the bag and throw it in with the rest of the garbage.
Z

Joined Nov 26, 2019
·
24 Posts
Ah yes. Very true, Jojo. It's been so long since I've had little ones that I forgot all about diapers. I had 4 in diapers at the same time, so perhaps I've blocked all of that from my memory
My scooper is very similar.

Zhaylin said:
Hehhee, poor trash collectors. Do you set the container separate from your trash, or stick it in the can with the household trash?
Click to expand...

Joined Feb 13, 2013
·
2,659 Posts
Your idea with the trash can will work fine but I’d cut the bottom right out then bury it so it is almost flush with the lawn.

Joined Jan 30, 2011
·
20,670 Posts
I have a garbage can outside that I put a plastic trash bag in. I then put bags of poop in it and then toss it in the regular trash on Fridays when they pick up the garbage. I'm not as efficient at Jojo....mine go anywhere they darn well please on my 1 acre lot. I pick up piles a couple of times a week unless there is snow.
Z

My kids and I are spoiled. For the last 10+ years as dog owners, we've never cleaned up their yard messes. We had 13 acres, though. Until the pup went crazy, we even let them run free at night (joys of country living).
Now we have .75 acres lol. Messes add up much more noticeably! I'm trying to transition us into a habit that doesn't feel trivial or like too much "work".
T

Joined Jan 8, 2013
·
808 Posts
I grabbed an offcut from the sanitary sewer contractors 20" diameter by 3.5' deep, dug a hole made a cover from plywood with a hinge. Filled her up added enzyme digester, and added water(ran a hose from my rain barrel overflow) every rain event it would drop enough to put in another month or so worth
https://www.petco.com/shop/en/petcostore/product/doggie-dooley-super-digester-powder

Joined Apr 26, 2012
·
7,513 Posts
Since the spring warm up the dung beetles have been doing an outstanding job of cleaning up the mess for me.

When they don't do it for me I have a one gallon bucket lined with shopping bags. Scoop, tie the bag closed, deposit in the household trash.

Sorry for the extremely stupid question, but how do I determine the frost line?
Click to expand... 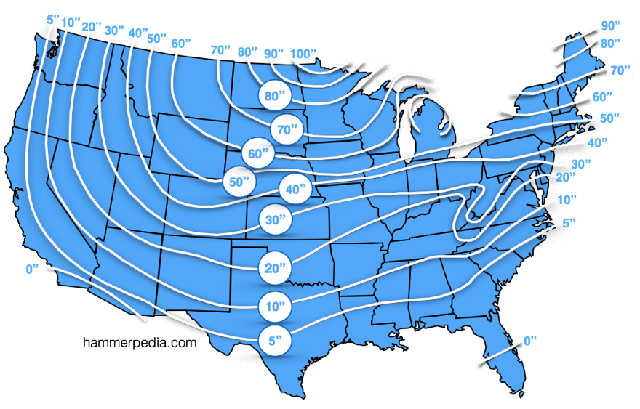 Joined Jan 24, 2015
·
2,312 Posts
If you can have a small fire in your yard rake up the poop a few times a week with some dry leaves or twigs and burn it. That's what we do with what our dog does outside the front door.

My Hero Was Derion Albert

Joined Jan 22, 2010
·
2,140 Posts
for scoping the poop without bending over:
https://www.amazon.com/dp/B07RLBBXPM?tag=duckduckgo-brave-20&linkCode=osi&th=1&psc=1
+1 on throwing it in the trash
Small can with lid and bag liner clean on trash day
W

Joined Dec 22, 2014
·
2,529 Posts
We live on 20 acres. We taught the do’s to poop in the woods. First thing in the morning, we walked the edge of the tree line. After a week, the first thing he and his brother do is run to the tree line and poop. He taught his brother so we didn’t have to do it.

After 4 years, we have never had either one poop in the yard - unless your dogs are doxies (great little dogs but German hard headed)

Joined Dec 25, 2014
·
2,076 Posts
I’d likely use a cutoff piece of plastic culvert pipe or something stronger/longer lasting than a trash can. Put a lid on it you can drive over with a mower at least.

You could compost them with your grass clippings if you don’t use it in the garden.

I’ve had several dogs I taught to go do their business in the woods which ends up being the easy button!

Joined Nov 26, 2019
·
24 Posts
Ha! That's great Sheepdog! I no longer have a tree line that trick would be hard to teach my bullheaded mutts anyhow lol.
Momma dog (Keirra) came to us as a sort of rescue, fully trained. Her previous owner did a magnificent job. We went off to jail for some time and his little brother (who was dating my 15 year old at the time), asked us to watch her for just a little while.
After several months, I asked him if she was his dog or mine lol. If she was his, he needed to visit her and buy some of her food. He said she's mine
We've had her, shoot, almost 8 years now.

She's such a friggin priss though. She can't stand for her feet to get wet. And I theorize she was kept in a kennel for a significant amount of time because she always tries to run to the driveway or road to do her business.

She had a litter 3 years ago and my hubby fell in love with one of them. We kept him and had him neutered but he has high anxiety of strangers.
I never understood the importance of socializing until him. I figured, he lives in a house with 4 adults, a bird, his mom, and a colony of cats... how much MORE socializing does an animal need *rolls eyes at self* He needed for strangers.

He likes to go to several different spots to take care of business, which annoys my kids lol

Once I have my basement finished, they'll be moving down here with me and I'll resume their bathroom activities. The ground is more flat out the basement door.
I also need to scout out a safer route to resume our walks.

Pup broke my arm 2 years ago, so he hasn't been properly exercised in all that time.
I say he broke it, but it was my own dumb fault. Our old neighbor was out and the pup hated him, so I had the leash wrapped around my hand tightly. He was distracted, but also wanted to play and run. I was distracted by his anxiety. We started jogging and I tripped over my feet. He didn't realize what was going on and yanked my arm when I was down.
He broke my shoulder in 2 places and knocked out a chip of cartilage. I needed surgery- a plate and 10 screws, and 6 months of PT.
I never let go of that leash though lol.