So I am a big AK type rifle lover and I LOVE 5.56 aks the most. The biggest problem with 5.56 AKs is the magazines are expensive and they aren’t always compatible. There are 3 main 5.56 AK type magazines out there, being AK-101 type, Chinese 84S/BWK-92, and Romanian type with the AK-101 pattern being the most widely available now. The Russian AK-101, VEPR, Bulgarian stamped and milled rifles and the Polish Beryl Archer rifles all use the same magazine design. There’s several other types out there that aren’t as common but I’m not going to go in to detail because this thread is about a specific brand magazine, not 5.56 aks.

AC Unity recently released 5.56 magazines for the AK-101 pattern guns and I bought a bunch to test them out in my 5.56 rifles seeing as how they are very affordable. I will be comparing them to 3 other types of magazines where applicable that are somewhat available, those being the Polish Beryl magazines, the Smoke Circle 10s, and the Black Circle 10s. I’m not going to compare them to Molot 45rders due to me not having one to compare and them not actually being sold by any retailers.


Fit and Finish of the AC Unity are on par with the other magazines, every one of my AC Unity magazines locked in to multiple rifles without modification and did not wobble. They are aesthetically different from the other AK-101 pattern magazines and instead attempt to mimic the Magpul G36 magazines in appearance. They’re very slick looking magazines. I’m hoping that AC Unity will release some Sand colored ones so they can be dyed similar to the Sand PMags.

They fit in the Molot VEPR Pioneer rifles with some modification to the rear locking lug and while I have not test fired it yet they appear to feed properly without having a bullet guide installed as it appears to already have one on the follower and snapcaps and dummy rounds made it in to the chamber with no bullet setbacks or getting stuck beneath the chamber. Will need to test further in this particular rifle.

The AC Unity magazines have “metal legure” (whatever that means) locking lugs but the rest of the magazine including the baseplate is made out of polymer. Compared to the Polish Beryl magazines that are entirely polymer this is an improvement. Compared to the Smoke Circle 10s with steel locking lugs, they will encounter the exact same problems of cracked feed lips and sheered locking lugs after prolonged use but the AC Unity magazines are $14 compared to $35-$40 for the smokes. They are inferior to the Black Circle 10s.

Actual real world usage was entirely positive. I took them to a rigorous training session where they were tossed around like old Combloc steel magazines and there was no damage to the magazines so far. AC Unity touts the polymer they use being impact/crush resistant to an extreme but it is a polymer magazine so they will crack eventually but I was very happy to see that they can actually take abuse and not be trashed. Dropped magazines from standing height retained all ammo in the magazine while landing on rocks without sustaining any damage observable by the naked eye, magazine hitting the ground (not really on purpose, just the nature of what I was doing) locked in to rifle while quickly transitioning to my belly, stepped on, and accidentally kicked a decent distance away to name a few of the things. No observable damage and magazines function as they should.

Reliability was 100%. All ammo reliably fed to the rifle used, nothing interesting or out of the ordinary to note. For full transparency I put maybe 200rds through the ones I have. It’s not a huge round count but times are tough in this Covid/Biden market.

They fit in every 5.56 AR-15 magazine chest rig I have with the exception of one that is designed to tightly fit aluminum magazines.

There are two features to the magazine I absolutely do not like and those are the last round bolt hold open follower and the windowed magazine body. LRBHO followers in AKs are in my opinion entirely useless. The bolt won’t stay open when removing a magazine and these are no exception. It’s an easily deleted feature with a file, but I personally think it shouldn’t have been one to begin with. The windowed body feels like a weak point in the design. While mine did not break with some abuse you can definitely feel some flex/bowing in the areas closest to the windows when squeezing them with your hand. I think that the overall utility of the magazine could be greatly improved if the windows were deleted and instead the bodies had the “metal legure” reinforcements in the same way the Black Circle 10s have their steel reinforcements.

Overall I feel these are excellent magazines comparable to the Magpul AR-15 PMAGs. They aren’t the best magazines out there but they are still really good, affordable options at a price point of $14, while Beryls are running about $30, 20rd Smokes $35, 30rd Smokes $40, and Black Circle 10s $55.

Tl;dr: Black Circle 10 magazines the best, but these are as good as the Smoke Circle 10s for a fraction of the cost.

AC-Unity seems an up & comer acrossed the industry. Am waiting to see how their polymer G3 platform foregrips do fit/finnish wise.

Recently bought some windowed AC-Unity 40rd AR15 magazines. Ran without a hitch. Haven't run them heavy yet, but the brief we have, pleasantly surprised. 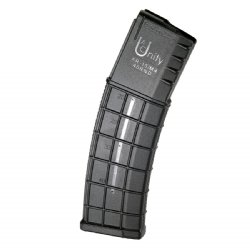 Don't know if RTG is where you purchased your 5.45 AK mags or not. 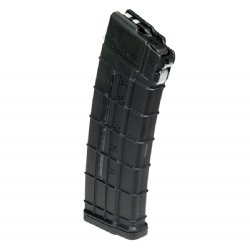 Folks should note RTG has 10% off on some AC-Unity magazines if buying 10+ (not the reviewed ones, unfortunately). Almost unheard of discounting in the current marketplace. Nice!
7

Joined Jul 27, 2017
·
1,479 Posts
RTG is where I bought mine as they seem to have them in stock more than anywhere else. I bought another 10 just to have them as they apparently will work in the new Serbian 5.56 aks coming to market soon and I will get me one if I don’t track down a milled Bulgarian or Bulgarian 5.56 RPK first.
O

In Peace as in War

Ozone Crusade said:
I’ve got a couple Arsenal SLR106’s, but a well-made milled receiver AK556 would be really nice.
Click to expand...

I believe the Zastava ones coming to market are milled, as well as the Arsenal SAM-5 line but that is discontinued. I missed the boat on the last batch of SAM-5Rs K-var had, was really bummed.
1 - 5 of 5 Posts
Join the discussion
Continue with Facebook
Continue with Google
or sign up with email
About this Discussion
4 Replies
3 Participants
Last post:
7.5x55 Swiss 5 h ago
Survivalist Forum
A forum community dedicated to survivalists and enthusiasts. Come join the discussion about collections, gear, DIY projects, hobbies, reviews, accessories, classifieds, and more!
Full Forum Listing
Explore Our Forums
General Discussion Disaster Preparedness General Discussion Firearms General Discussion New Member Introduction Controversial News and Alternative Politics
Recommended Communities